Pictures below show the addition of our new beamline, superconducting magnet and backend controls & diagnostics. 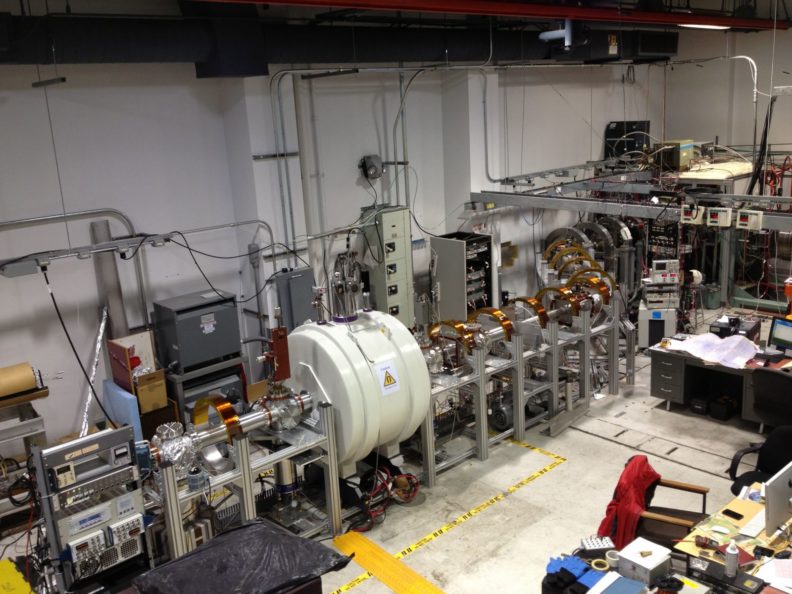 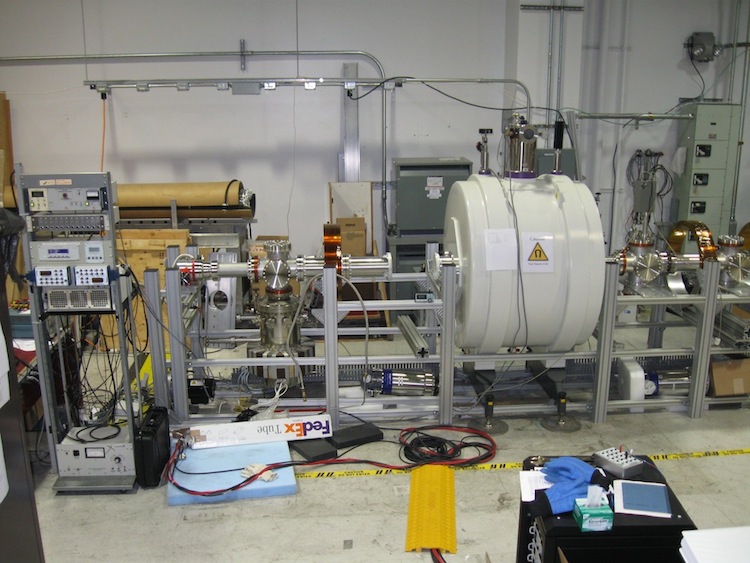 Thanks to the grant from the W.M. Keck Foundation this is about to change. A beam of positrons (the antimatter counterpart of electrons) will be delivered to experimental stations where the interaction of multiple particles of antimatter with each other and with matter can be investigated. Positrons can bind with an electron to form the lightest atom possible called positronium. This atom chemically is similar to a very light version of hydrogen. However, being composed of matter and antimatter in equal parts, it self-annihilates very rapidly.

Large amounts of positrons are necessary to form sufficient quantities of positronium to eventually investigate chemical compounds such as Ps_2 and bigger accumulations of the same. Ultimately research in this direction will lead to the formation of Bose Einstein condensates (BEC) of positronium and allow researchers to probe the “equation of state” for materials as simple as positronium and hydrogen.

The donation from the W.M. Keck Foundation has been used to purchase a small 3 Million Volt deuteron accelerator. The machine will transmute carbon into a positron emitting isotope of nitrogen. A beam of monoenergetic positrons with an intensity of 10,000,000 positrons/sec will be generated.

To acquire even larger numbers of positrons, a storage bottle, known to scientists as a Malmberg-Penning trap will be built to accumulate and store positrons for long times. Electric and magnetic fields are used to prevent the positrons from reaching the bottle walls where they would rapidly annihilate with electrons. From the trap, positrons can be released in short, but very intense bursts.

A very generous grant from the W.M. Keck Foundation has opened the door for the antimatter research group under Prof. K.G. Lynn to embark on a scientific journey into the realm of antimatter interaction with matter and other antimatter particles.

To date research involving antimatter has been conducted almost exclusively involving a single particle of antimatter in an environment of large quantities of regular matter. For example, in separate experiments within the group and elsewhere, positrons are used to investigate properties of a wide variety of materials including state of the art semiconductors. Research of more fundamental nature on the annihilation properties of positrons with electrons and on exotic states of matter like quantum dots is also carried out.